Short story, I’ve created a simple YAML build for a.NET core project where one of the task will publish a simple.NET core console application. After running the build I’ve a strange error in the output

This is extremely strange, because the project is not a web project, it is a standard console application written for.NET core 2.2 so I do not understand why it is searching a web.config file. 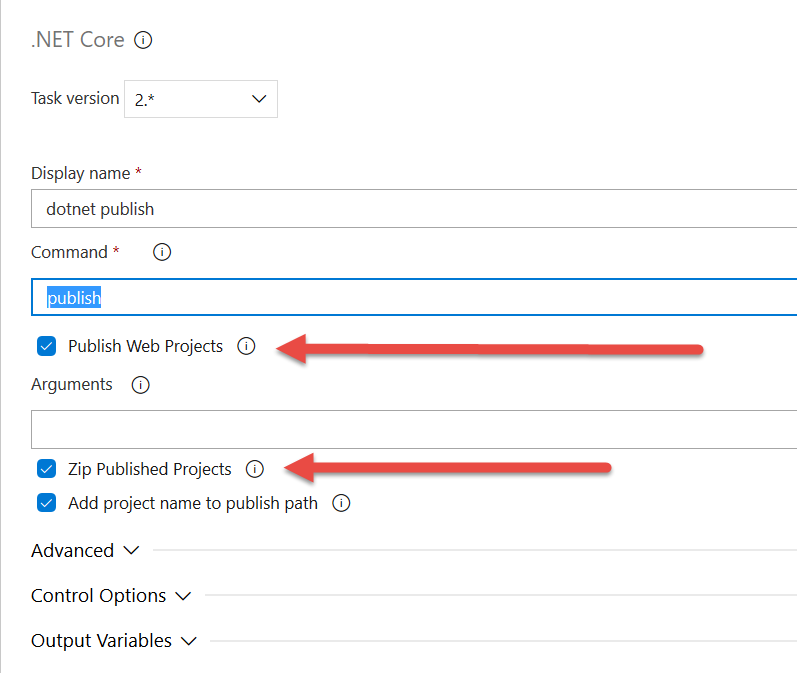 Since I’ve no Web Project to publish Iimmediately change  my YAML definition to explicitly set to False the publishWebProjectsproperty.