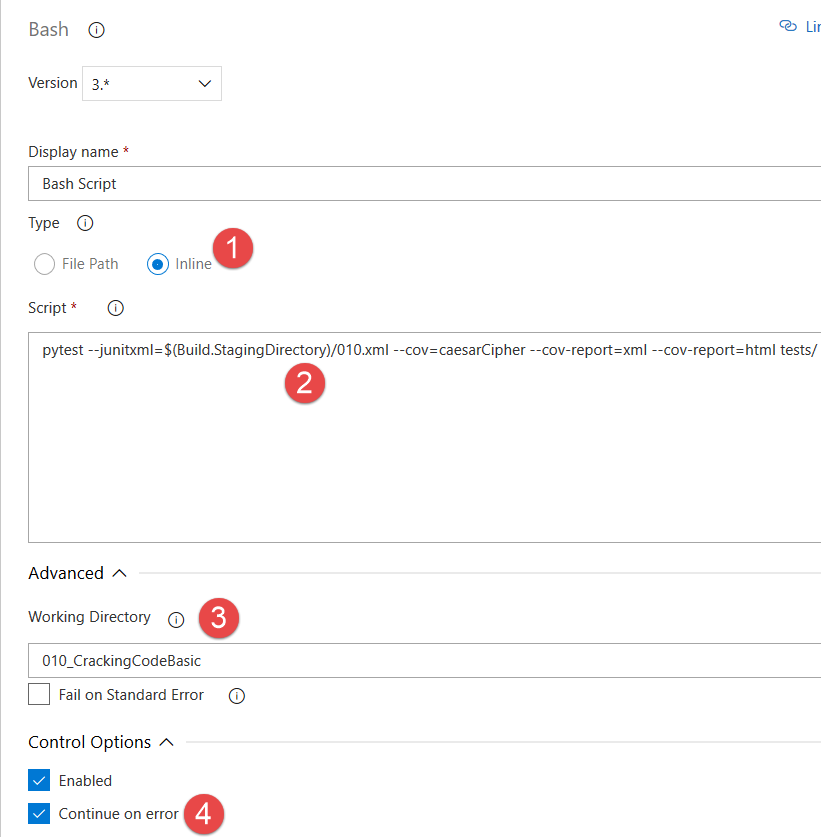 If you look at F igure 1 you can see that the build final task is a Publish Code Coverage Task, whose duty is to grab output of the Pytest run and upload to the server. Configuration is really simple, you need to choose Cobertura as Code coverage tool (the format used by Pytest) and the output of test run. Looking at output of Figure 3 you can double check that the summary file is called coverage.xml and all the report directory is in htmlcov subdirectory. 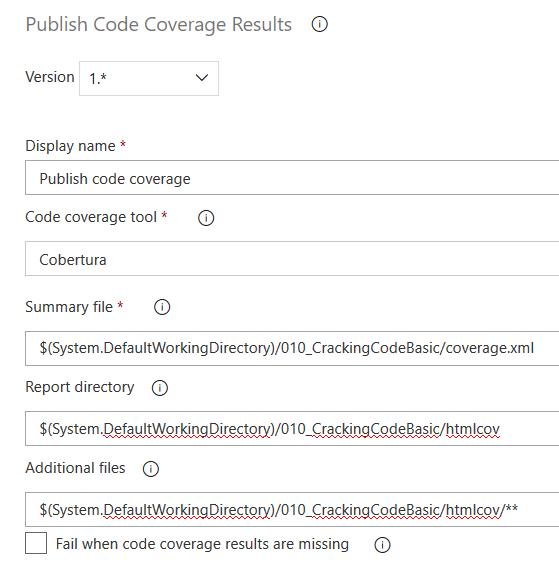 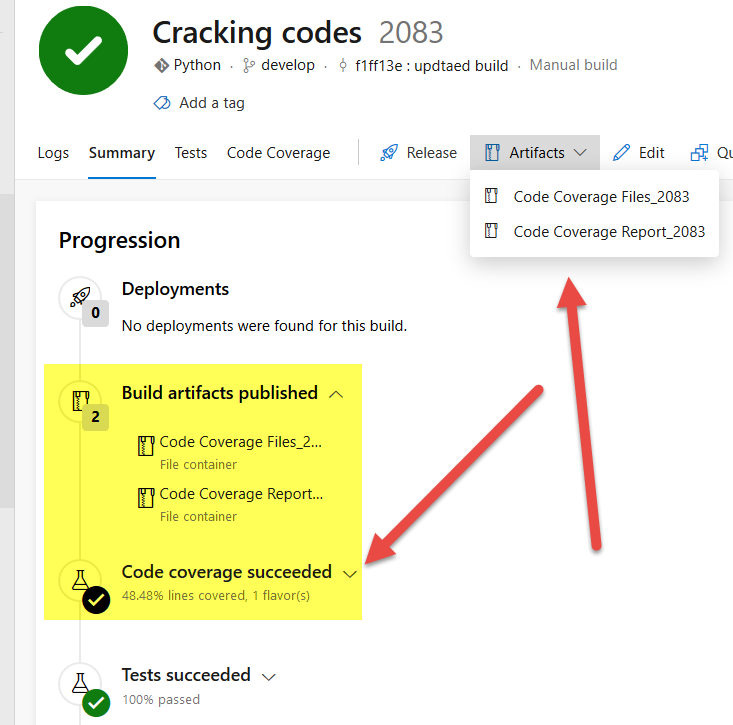 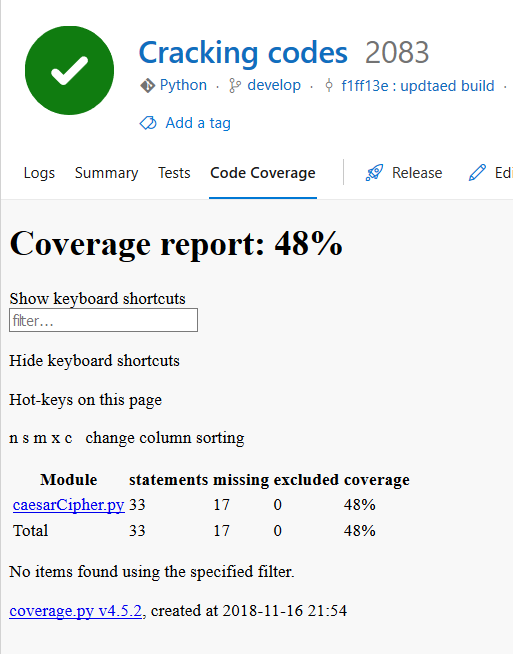