Having a list of all Environment Variables value of the agent during the build is an invaluable feature.

Before moving to writing a VSTS / TFS tasks to accomplish this, I verify how I can obtain this result with a simple Powershell task (then converting into a script will be an easy task). It turns out that the solution is really really simple, just drop a PowerShell task wherever you want in the build definition and choose to run this piece of PowerShell code.

This script is super simple, with the gci (Get-ChildItem) cmdlets I can grab a reference to all EnvironmentVariables that are then sorted by name. Then I create a variable called $out and I iterate in all variables to fill $out variable with a markdown text that dump all variables. If you are interested, the `t syntax is used in powershell to create special char, like a tab char. Basically I’m dumping each variable in a different line that begins with tab (code formatting in markdown), aligning with 28 chars to have a nice formatting.

Given this I create a test.md file in the artifact directory where I dump the entire content of the $out variable, and finally with the task.addattachment command I upload that file to the build. 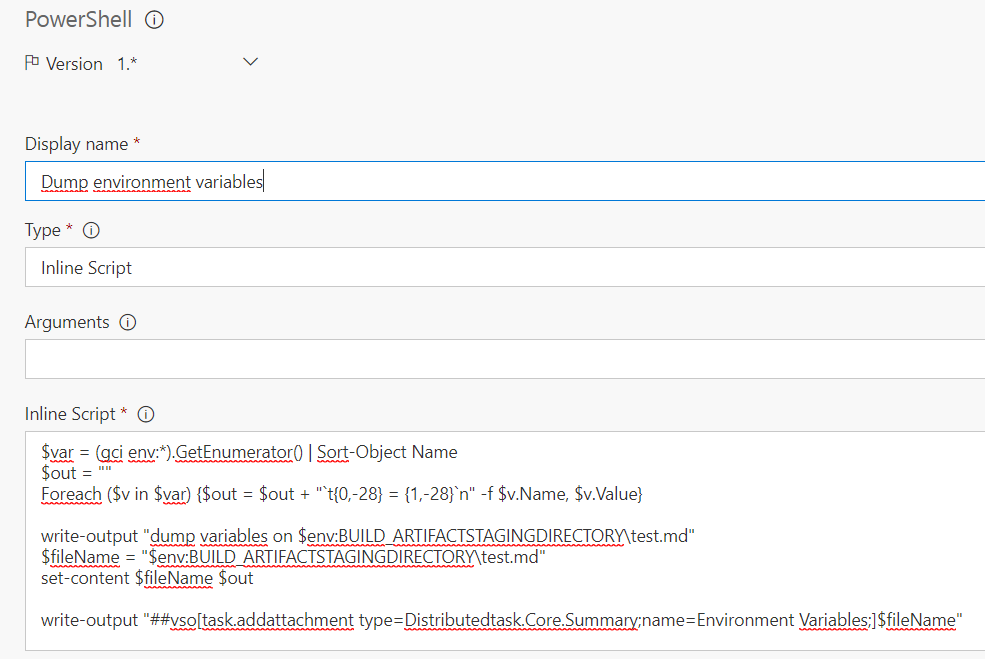 After the build ran, here is the detail page of the build, where you can see a nice and formatted list of all environment variables of that build. 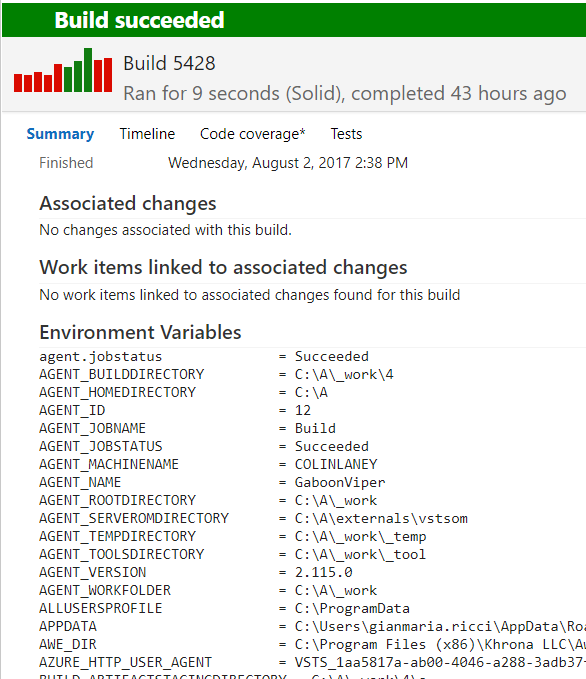