Creation of a new Team Project is a feature that traditionally was available only from Visual Studio in TFS on-premises. You do not need to have a full Visual Studio installation, you can only install the Team Explorer component, but in 2015, unfortunately, the stand alone installer for Team Explorer is Gone.

It turns out that, after upgrade to 2015 you should install Visual Studio Express or Visual Studio Community to create a Team Project.

Thanks to TFS 2015 Update 2, finally we are able to create a Team Project directly from the Web Interface, without the need to have Visual Studio installed. This is a really small feature, but I think that lots of people will be glad that it is now available.

Thanks to TFS 2015 Update 2, finally we are able to create a Team Project directly from the Web Interface

The experience is still not complete, as an example the Web procedure is not able to create Sharepoint Site (if you connected Sharepoint with TFS) nor is able to create Reporting Services based resource. Even with this limitations, this functionality is really interesting. You can access it directly from the Team Project Collection Administration page 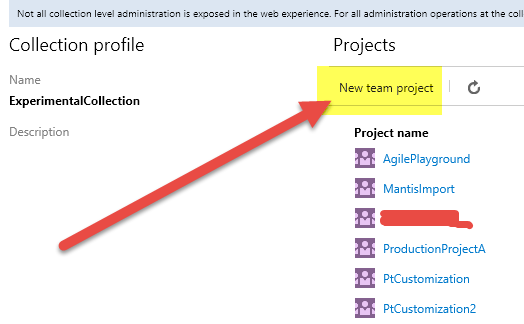 If you choose to create a new Team Project you get a dialog really similar to the one you get in VSTS. 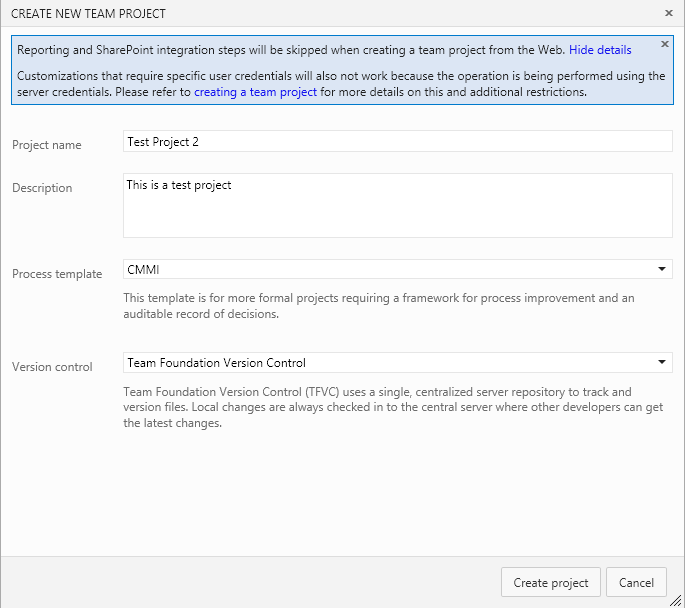 You can fill all the details you need then press “Create Project” button and you can simply wait for you server to create everything about the Team Project. As for VSTS you can close the Window with the progress bar, because all operations are done in bacgkround. After a little while you should be able to access the new Team Project.