To run a Selenium test in a build vNext there are some modification to do apply to previous example. Let’s see how simple is running our Selenium Tests in a VSTS Build vNext.

The first modification requires adding a reference to PhantomJS, an Headless browser based on webkit that is capable of browsing a site and run javascript without a UI. Since we are interested in running test in a build server, this is a requirement if the agent runs as a service and has not access to a UI. To use PhantomJS just reference PhantomJS package on nunit and modify your base class to support this browser.

Using Phantomjs is just a matter of creating a PhantomJSDriver with Selenium WebDriver test and the game is done. Now add “phantomjs” to test config file and you should be able to run the test. 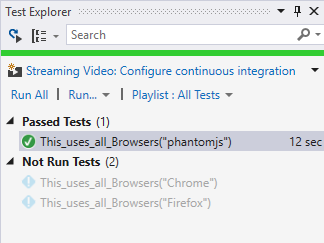 Now it is time to change the ValueSourceAttribute, to allow overriding the list of browser with an Environment Variable. While the Json Configuration file to configure tests is a really simple and useful solution for developers, running tests on their machines, when I need to run tests on a bulid server I want to be able to specify the list of browser with a build Variable.

Here is the new code of the ValueSourceAttribute that use that environment variable to find list of browsers to use.

The only change is that the attribute searches an envorinment variable called SELENIUM_BROWSERSTOTEST to grab list of browser. If the variable is not present, it use json configuration file as showed in previous article. Now we can choose browser list directly from build definition. 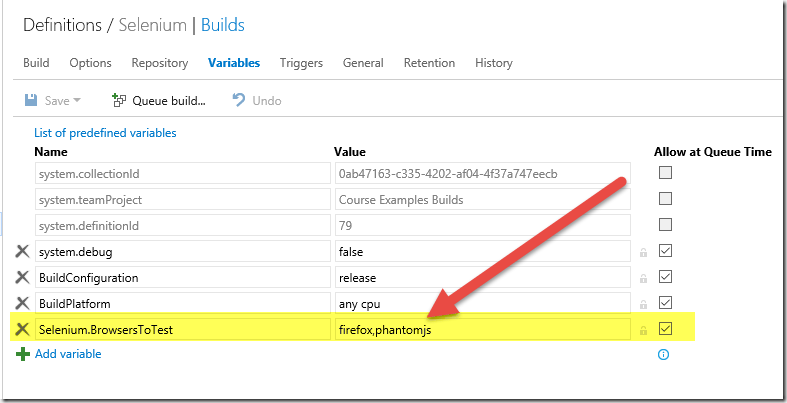 Variables can be specified a Queue Time, this allow the user to change browserslist event when queueing a new build. Here is the result of a run 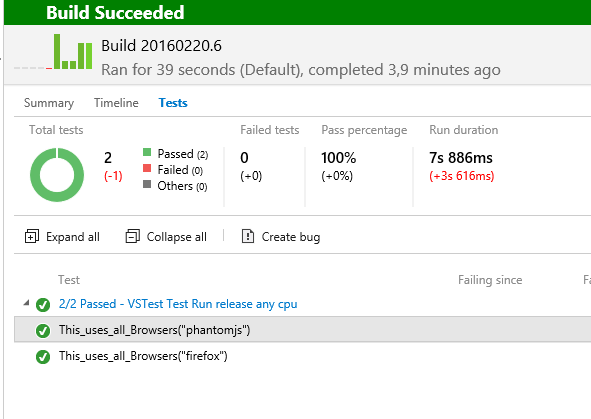 Previous build outcome of Figure 3 is obtained running the test with an agent that does not run as a service, because it should be able to launch browser and access UI. If I queue the same build with Hosted Agent, or with an Agent that is running as a service, here is the result. 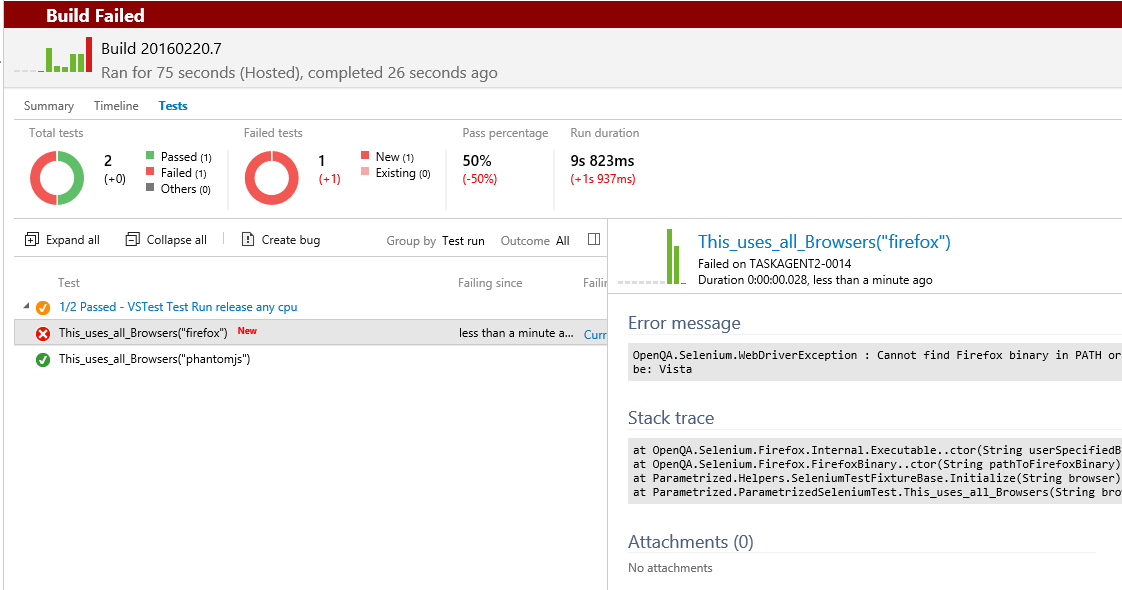 The problem with queued agent is that he has no firefox installed, but even with firefox installed, it would not be able to run the test because hosted agent runs as a service and has no access to UI. To solve this problem we can modify our ValueSourceAttribute

A couple of modification are worth of notice, the first one is that initialization of browser list is done in static constructor, and it will be executed once for each test run.

Then, if the test is not executing in a UserInteractive session, the attribute remove all browsers except phantomjs, the only ones that is guaranteed to run without having access to a UI. With this simple trick we avoid to run tests that will fail because they could not run. To understand which browser can run with agent running as a service you can simply try to run all of them and verify which ones returns error. Actually some browser can run in headless mode (without UI) so they can be used even if the agent has no access to the UI, so use this technique to remove all browsers that does not supports this mode.

To verify that everything works, I changed configuration of my Visual Studio Agent to run as a service instead that running interactively and queued a new build. Here is the result of the Tests. 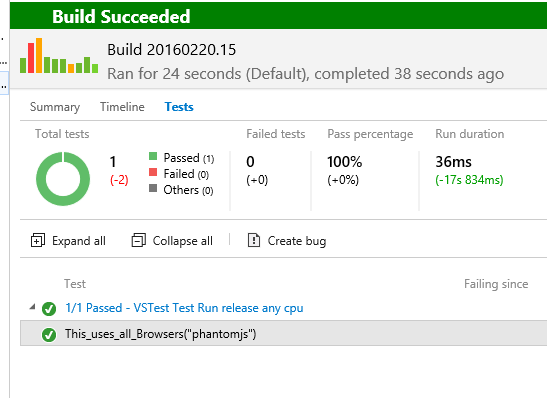 Figure 5: Now only phantomjs test is run because agent is running as a service