to deploy a web site with Powershell DSC](http://www.codewrecks.com/blog/index.php/2014/06/11/how-to-deploy-web-site-with-powershell-dsc/)

In the second part of this series I’ve received a really good comment by Rob Cannon, that warn me about an error in my ChangeConnectionString resource. In that article I told you that is ok for the Test part to return always False, so the Set Script is always run, because it is idempotent. This is true if you are using the Push Model, but if you are using the Pull Model instead, every 30 minutes the DSC will be applied and web config will be changed, so your application pool will be restarted. This is not a good situation, so I decided to change the script fixing the Test Part.

Now the ChangeConnectionString resource runs always, as we saw before, because each time that the File Resource runs it updates all the file with content of the original files. Changing this web.config file at each run is not a problem, because it is a temporary directory so not Worker Process Recycle happens. The final File Resource now works correctly and copies the files only if they are modified.This is what happens during the first run. 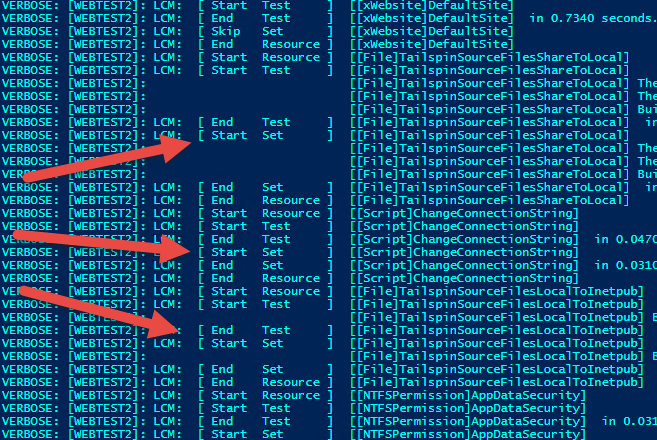 Figure 1: *During the first run all three resources were run, the first one copies files from the share to local temp, the second one changes web.config located in temp folder and finally the third one copies all files from temp folder to the folder monitored by IIS.*If you run the configuration again without changing anything in the target node you got this result.

Figure 2: During second run, the first two resources are run, but the third one that actually copies file to the folder where the site resides was skipped, avoiding recycling the worker process.

The important aspect in previous picture is the third arrow, that highlight how the set part of the resource that copies files from temp directory to the local folder where IIS points is skipped, so no worker process recycle will happen. Thanks to this  simple change, now the script can be used even in a Pull process without too many changes.